During World War II he commanded RAF No. 529 Squadron flyng Cierva C.30s as part of the Radio Servicing Unit, which helped to calibrate radar systems.

At one period, he was considered the most experienced rotorcraft pilot in the world.

He was killed in the crash of the Cierva Air Horse on June 13, 1950. The Royal Aeronautical Society of Great Britain has two awards in his name that are awarded annually. 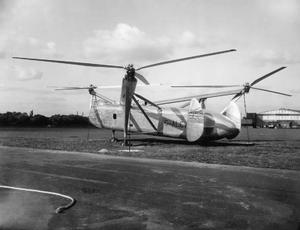