Robinson was born in Carbonado, Washington, on Jan. 14, 1930. The youngest of four children, he grew up during the Great Depression on Whidbey Island. At the age of nine, he saw a picture in the Seattle Post-Intelligencer of Igor Sikorsky hovering his VS-300 prototype helicopter. The idea that a machine could remain stationary in the air fascinated Robinson and set the course for his life’s work.

Robinson graduating from Langley High School on Whidbey in 1948 and joined the Merchant Marines; he later enlisted in the Army, serving in the Korean War. He worked his way through college, focusing his education on helicopter design. In 1957, he earned a Bachelor of Science in Mechanical Engineering from the University of Washington and later attended graduate school at the University of Wichita.

Robinson began his career in 1957 at the Cessna Aircraft Company working on the CH-1 Skyhook helicopter. After three-and-a-half years at Cessna, he spent one year at Umbaugh Aircraft Corp. working on the certification of its gyroplane and then four-and-a-half years at McCulloch Motor Company doing design studies on inexpensive rotorcraft. Robinson went on to spend a year at Kaman Aircraft working on gyrodyne-type rotorcraft, followed by two years at Bell Helicopter where he earned a reputation as a tail rotor expert. In 1969, he moved to Hughes Helicopter Company to work on a variety of research and development projects, including a new tail rotor for the Hughes 500 helicopter and the company’s “The Quiet One” helicopter program.

Unable to interest any of his employers in his concept for a small, low-cost helicopter, Robinson founded Robinson Helicopter Company (RHC) in his Palos Verdes home in June 1973. The first R22 prototype was built in a tin hangar at the nearby Torrance Airport, and in August 1975, flew the R22 on its first flight. In 1979, after three-and-a-half years of testing and technical analysis, the R22 received its Federal Aviation Administration (FAA) Type Certificate. The first R22 was delivered in late 1979 and soon became the world’s top-selling civil helicopter. The R22 holds the most world records in its weight class, including speed and altitude, which won the VFS Igor I. Sikorsky International Trophy in 1990 and 1991.

In the mid-1980s, Robinson began to develop the four-seat R44 helicopter, which took its first flight in March 1990. FAA certification was received in late 1992, and deliveries began in 1993. As popularity of the R44 grew, Robinson expanded the R44 product line to include the Newscopter and the specially equipped police helicopter. In 2002, the Raven II, an R44 with a fuel-injected engine, was introduced and the R44 quickly became the company’s best-selling helicopter. By the end of 2010, more than 5,000 R44 helicopters had been delivered worldwide. Since 1988, Robinson Helicopter Company has been the world’s leading manufacturer of civilian helicopters.

Preliminary designs for a five-place turbine helicopter began in 2001, but it was in 2005 that engineering began in earnest after Robinson reached an agreement with Rolls-Royce to develop the RR300 turbine engine. Five years later, on Oct. 25, 2010, Robinson’s R66 Turbine received FAA certification. The first R66 was delivered in November 2010 and by the end of 2010, the company had accumulated a backlog of more than 100 orders.

In June 2010, with FAA certification of the R66 imminent, Robinson, at the age of 80, retired. His son, Kurt Robinson, has lead the company ever since. Today, more than 13,000 Robinson helicopters have been delivered around the world.

Frank Robinson’s story and accomplishments have been recognized with numerous prestigious awards and honors as well as countless magazine covers. In 2013, he received the prestigious Daniel Guggenheim Medal “for his conception, design, and manufacture of quiet, affordable, reliable and versatile helicopters,” and was recognized at the VFS Forum 68. Among his many honors, Robinson was also a member of the US National Academy of Engineering, (2011) a Cierva Lecturer (2010), a recipient of the Society of Experimental Test Pilots (SETP) Doolittle Award (1997) and a VFS Technical Fellow (1991).

Robinson donated $1M to the University of Washington for an endowed tuition scholarship fund based on financial need for students graduating from South Whidbey High School, and another $1M for students majoring in engineering. He also donated property to become a public beach on Whidbey Island, Frank D Robinson Beach. Other donations include $1M to the Smithsonian Air & Space Museum and $1M to the American Helicopter Museum & Education Center in Westchester, Pennsylvania.

After receiving a BS in Mechanical Engineering in 1957 from the University of Washington in Seattle, Washington, and completion of graduate studies at the University of Wichita in Kansas, and following numerous other jobs to pay off his college education, Frank Robinson found employment at the Cessna Aircraft Company with the CH-1 Skyhook helicopter as his first assignment.

After Cessna, and with over three years of experience, Frank joined Umbaugh Aircraft Corporation working on gyroplane certification, then to McCulloch Motor Company to design low-cost rotorcraft.

At Kaman Aircraft for one year, he also worked on gyrodyne rotorcraft. He then joined Bell Helicopter’s research and development design department and gained enough experience to become an industry-recognized helicopter tail-rotor expert. In 1969, he left Bell to help Hughes Helicopter Co. design improved tail rotors for the Hughes 500.

By early 1973, he had left Hughes after trying to convince the manufacturer to design, build and market a simple, low-cost, low-maintenance piston-powered helicopter. He started his own company, designing the R22 in the living room of his home and by utilizing a small hangar at the Torrance Airport to build the first aircraft.

By August 1975, Frank had designed, built and flown the first Robinson R22.

After three years of flight testing, despite several challenges, the R22 received its FAA certification in 1979 and ultimately became extraordinarily successful as the least expensive entry-level helicopter on the market, playing a key role in Robinson Helicopter Co. becoming the world’s leading manufacturer of light helicopters by December 1988.

In 1993, Frank Robinson received the helicopter industry’s highest technical honor with the AHS’s Dr. Alexander Klemin Award for notable achievement in the advancement of rotary-wing aeronautics. He received the joint AHS-AIAA-ASME-SAE Daniel Guggenheim Medal “honoring persons who make notable achievements in the advancement of aeronautics”; the award was presented at the AHS Forum 68 in Ft. Worth, Texas, “For conception, design, and manufacture of a family of quiet, affordable, reliable, and versatile helicopters.”

In November 2011, Robinson Helicopter celebrated the production of its 10,000th helicopter, an R44 built at the Torrance, California facility. 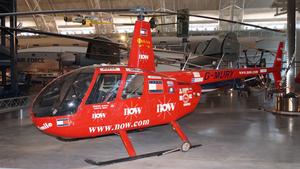 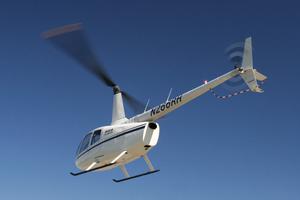 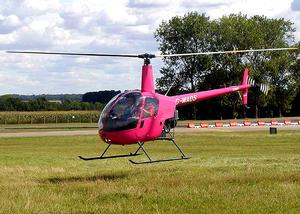 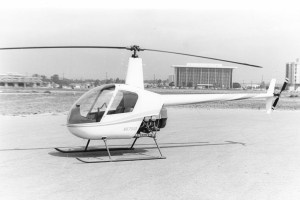