Born May 1, 1931, Jenney was the son of Winfield and Margaret Jenney. He was raised in Mattapoisett and was the valedictorian of the Fairhaven High School Class of 1949. He graduated from Worcester Polytechnical Institute in 1953 with a Bachelor of Mechanical Engineering degree with many honors. Jenney later earned an MS in Mechanical Engineering at the University of Connecticut in 1956 and a PhD in Mechanics from the Rensselaer Polytechnic Institute in 1968 — both done on evenings and weekends.

Jenney began his 40-year rotorcraft career by joining the Rotary Wing Aerodynamics Group at United Aircraft Research Laboratories (UARL — today’s United Technologies Research Center, UTRC) in 1953. Jenney became the supervisor of rotary-wing aerodynamics at UARL before joining Sikorsky in 1962 as the supervisor of aerodynamics. At Sikorsky, he held positions of Chief of Systems Engineering, Engineering Manager of the Advanced Blade Concept (ABC) and Director of Technical Engineering, before his final assignment as Engineering Director for the RAH-66 Comanche.

Jenney retired from Sikorsky in 1993 as the Director of Technical Engineering and during his retirement celebration was referred to as the “father of the Black Hawk helicopter” due to his work designing new airfoils, vibration dampening and the revolutionary canted tail rotor, which were all incorporated into the Black Hawk’s design.

Jenney’s professional contributions during his career were recognized by several schools and organizations. He was inducted into the Fairhaven High School Hall of Fame in 2011 and received the Worcester Polytechnical Institute Robert H. Goddard Award for Outstanding Professional Achievement. Jenney was a dedicated Eagle Scout, and as an adult, was engaged in Explorer Scouts. An avid sailor and runner, he was also involved in organizations such as the Couples Club, Interfaith Council, Mattapoisett Yacht Club, Mattapoisett Bike Path Committee, Cleveland Ledge Associates. He believed strongly in giving to the community and sponsored many children across the world as part of Plan International USA. In 2009, he was awarded the Wanderer Keel Award for his many contributions to the local community.

A VFS Emeritus Member, Jenney joined the Society in 1954. He was selected as a VFS Honorary Fellow in 1986 and was the 18th Annual Alexander A. Nikolsky Honorary Lecturer, presenting “Helicopter Technology: A Look Back... and Forward” at Forum 52 in June 1996 (see photo). Jenney wrote several Forum papers and served as the Editor-in-Chief of the Journal of the AHS for 1996-1998. He also held five patents for technical advancements in helicopter design and was a contributor to others. 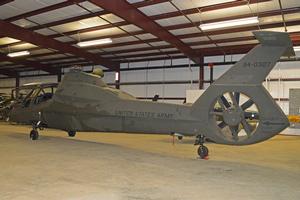