Born on June 12, 1930, Dick Wright grew up in Newport, Rhode Island and earned his undergraduate degree with honors from St. Anselm College in Manchester, NH.

Dick joined Sikorsky Aircraft in 1957 as a production test pilot but he was soon promoted to experimental test pilot.  He served as Project Test Pilot for the famous United States Air Force "Jolly Green Giant" H-3 rescue helicopter, which was responsible for rescuing downed pilots in the jungles of North and South Vietnam.  He received the United States Air Medal, the first to be given to a civilian, for his pioneering work in flying the first mid-air refueling attempt.  Dick then became the Project Test Pilot for the CH-53 USMC Sea Stallion helicopter and was instrumental in qualification of the CH-53.  His next promotion was to Chief Test Pilot at Sikorsky, a post he held for 14 years until his retirement.  He guided development of the Army's UH-60 Black Hawk helicopter and was at the controls for its first flight.  Over 3000 Black Hawks and its variants are in service throughout the world. During his career, Dick established several speed records for helicopters, including two records in two days during June 1970.  He left a legacy of excellence to his peers at Sikorsky.  James R. "Dick" Wright of Stratford, CT and Melbourne Beach, FL, former Chief Test Pilot at Sikorsky Aircraft, passed away on December 5, 2007. 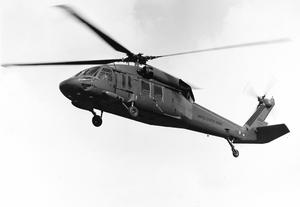