Norman (Norm) B. Hirsh was a former executive vice president of McDonnell Douglas Helicopter Company. He came to work for the company in 1962 when it was known as the Aircraft Division of Hughes Tool Company, As manager of light helicopter design during the early 1980s, he led a team of engineers which designed the AH-64 Apache helicopter.

Norm Hirsh progressed through successive engineering and management positions at Hughes, becoming deputy program director of the Advanced Attack Helicopter Program in 1981. In 1984 he was named the vice president and general manager of the AH-64 Program. He became executive vice president in 1986 and was responsible for four product lines with annual sales of $800 million. After retiring from McDonnell Douglas, he served as president of Rogerson Hiller Corporation in Port Angeles, Washington. He retired again in 1994 and returned to California in 1994. Mr. Hirsh served as president of AHS in 1986-87 and received the AHS Fellow Award in 1990. Mr. Hirsh passed away in California on June 8, 1999. He was 64. 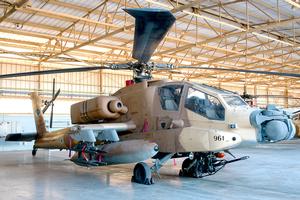