The first time that a VTOL aircraft was used to rescue personnel in a combat situation.

Conducted by a Sikorsky YR-4B in the China-Burma-India theater. The rescue began on 26 Apr 1944.

See AHS Calendar April 2015 for more details. Note that most sources identify the flights as originating in "Aberdeen." Aberdeen was a military code name for a rough, temporary airstrip located near the confluence of the Kalat Chaung and Meza Rivers (map). Lt. Harman flew to a sandbar in the Meza River roughly ten miles south of Aberdeen. From there, he flew to a clearing where the personnel were waiting to be rescued and ferried them, one at a time, back to the sandbar for evacuation. 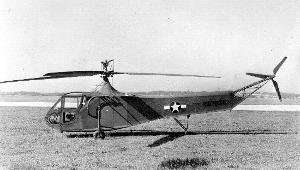 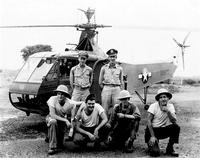